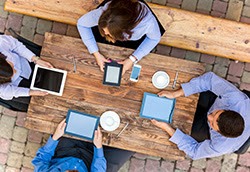 You're probably already dedicating time to posting on social media and sending out e-newsletters and e-blasts. But is your audience engaging? Are you gaining followers, replies, likes or shares/retweets on your content? Having a digital presence is essential, but it is critical to focus on engagement.

Are you ready to get social? Use the hashtag #PTAdigitalhour on Twitter and register now to join the webinar.

Posted by The Ohio PTA Voice at 8:45 AM No comments: Links to this post
Email ThisBlogThis!Share to TwitterShare to FacebookShare to Pinterest

3 Reasons Why PTA Means So Much to Me

Posted by The Ohio PTA Voice at 7:41 AM No comments: Links to this post
Email ThisBlogThis!Share to TwitterShare to FacebookShare to Pinterest

Today, Learning Heroes released findings from a national poll on public school parents’ perspectives on their children’s academic, emotional and physical well-being. The study was conducted by Hart Research and commissioned by Learning Heroes, in collaboration with Univision; and in partnership with National PTA, National Urban League, NCLR and UNCF. The findings show parents’ high expectations and deep engagement in their children’s development, and at the same time, identify a disconnect between views on students’ performance in school and national data. The study also unearthed areas where parents most need support.

Please find below a press release on the poll and a new “Readiness Roadmap” that was launched today in response to the study findings to empower parents with the tools they need to support their children’s success. We encourage you to review the research and incorporate the findings into your work. We also encourage you to share the Readiness Roadmap with PTAs and families in your states.

Please don’t hesitate to reach out if you have any questions or if we can provide any assistance.

PERSPECTIVES OF THE 2016 PUBLIC SCHOOL PARENT: NEW STUDY REVEALS WHAT KEEPS TODAY’S PARENTS UP AT NIGHT

Parents Nearly Unanimous on Dreams of College for their Child, Yet Poll Reveals Concerns about Readiness and Disconnect Between Perception of Performance and National Data

WASHINGTON, D.C. (APRIL 21, 2016)—A national poll released today reveals public school parents’ perspectives on their children’s academic, emotional and physical well-being, and identifies a disconnect between views on students’ performance in school and the national data.

The study—“Parents 2016: Hearts and Minds of Public School Parents in an Uncertain World”— which polled more than 1,300 parents with children in grades K-8, was conducted by Hart Research and commissioned by Learning Heroes, in collaboration with Univision Communications Inc.; in partnership with National PTA, National Urban League, NCLR and UNCF; and with support from the Carnegie Corporation of New York and the Charles and Lynn Schusterman Family Foundation. The findings show parents’ high expectations and deep engagement in their children’s development, and unearth areas where parents most need support.

“Across race, ethnicity and income, parents want to see their child go to college and are committed to helping them get there,” said Geoff Garin, president of Hart Research. “But along with these shared goals, parents share worries. On top of pressing concerns such as bullying, physical safety and their child’s social-emotional development, many worry that their kids won’t be prepared for college.”

Major Findings:
·         Parents are united in their belief in the importance of college. Seventy-five percent of parents believe it is very important or absolutely essential for their child to attain a college education, including 90% of Hispanic parents, 83% of African American parents and 67% of white parents. Yet two-fifths are not very confident that their children will be prepared to succeed in college, and more than half (53%) of all parents – including 70% of Hispanic parents – worry about their ability to afford it.
·         Parents believe their children are on-track academically, despite national data. The study finds that 90% believe their child performs at or above grade level in reading and the same proportion feel that way about their child’s performance in math, compared to just over a third of students who successfully met that bar according to the 2015 National Assessment of Educational Progress. This disconnect likely reflects an awareness lag, as states transition to higher learning standards and accompanying state assessments.
·         Parents believe specific resources will be most helpful in preparing their child for success. When asked to rate how helpful various resources would be, parents prioritized an explanation of grade-level expectations for their child and activities to improve math and English skills.

To provide parents with the tools they need to guide their children in their education journey, and in response to the study findings, Learning Heroes, National PTA and Univision Communications Inc. released a “Readiness Roadmap” available at www.bealearninghero.org/readinessroadmap in both English and Spanish, including:

“Parents are deeply engaged in helping their child be successful, and that looks different for every child.  Parents shouldn’t feel like they are on a wild goose chase when searching for the right resources and help for their child’s educational success,” said Bibb Hubbard, founder and president of Learning Heroes. “As K-8 parents learn how to put their child on the path to success in college, the Readiness Roadmap makes that job easier by quickly connecting them to top notch tools and resources.”
“As parents, we want the best for our children and want to support their learning and achievement. During this important transition to higher standards and aligned tests, many of us don't feel adequately informed to navigate our children’s educational journey,” said Nathan R. Monell, CAE, executive director of National PTA. “These new resources from Learning Heroes will ensure that every parent has what they need to make certain their child has every opportunity for success.”

Parents can go to www.BeALearningHero.org/readinessroadmap to learn more and sign up to receive regular updates with tools, tips and resources.

About Learning Heroes
Learning Heroes informs and equips parents to help their child succeed in school. We start by listening to parents and meeting them where they are with easy to understand information, tools, and resources. A project of the New Venture Fund, our partners include Common Sense Media, GreatSchools, NCLR, National PTA, National Urban League, Univision Communications Inc. and others.

About the Study
Hart Research Associates conducted this national survey among 1,374 parents of public school children in grades K-8. It includes a nationally representative survey of 802 elementary and middle school parents, as well as oversamples among Hispanics (to yield a total of 500 Hispanic parents) and African Americans (to yield a total of 265 African-American parents).  The online survey was conducted January 6 to 22, 2016 and was offered in both English and Spanish.  It was administered by GfK, using their KnowledgePanel©, a probability-based Web panel designed to be representative of the United States. The survey has a margin of error of +3.2 percentage points for all parents. Sample tolerances for subgroups are larger.

Posted by The Ohio PTA Voice at 10:56 AM No comments: Links to this post
Email ThisBlogThis!Share to TwitterShare to FacebookShare to Pinterest

Posted by The Ohio PTA Voice at 8:00 AM No comments: Links to this post
Email ThisBlogThis!Share to TwitterShare to FacebookShare to Pinterest
Newer Posts Older Posts Home
Subscribe to: Posts (Atom) 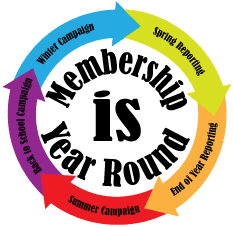 Ohio PTA is the oldest child advocacy association in this state. Join us and become a relevant resource for all children, communities, and f...

Sign-up for The Ohio PTA Voice here! Be sure to VERIFY/CONFIRM your subscription.

Thank You For Visiting!